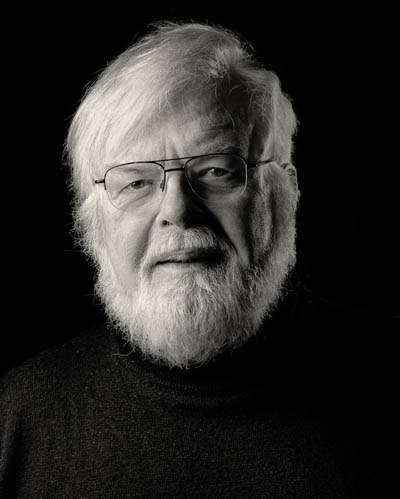 Aidan Haley
Born in Saint John, New Brunswick, Aidan has lived in Newfoundland, Quebec and Ontario, first in Burlington and now in Picton where he resides with his wife, Maureen.

Completely intuititive, his work is described as “contemporary impressionism”. Aidan works mainly in oils and fluid acrylics. His paintings encompass a wide area of Canada mainly in Provincial and National Parks. He has traveled extensively in this country even to the Sub Arctic.

Aidan has had solo shows at McGill & Guelph universities, in Burlington at the Artist’s Gallery and Burlington Art Center and at Bright’s Grove Gallery. He has exhibited in the East Central Ontario Art Association’s (ECOAA) Juried and Algonquin Shows and in commercial galleries in Quebec and Ontario. He has paintings in many countries of the world; USA, Mexico, Barbados, Costa Rica, Great Britain, Holland, Australia, Japan and New Zealand and in private and corporate collections in Canada.

Some highlights in his career have been;

In recent years Aidan has spent much of his time acting as a “resource person” teaching and assisting art teachers in the local schools.

Mr. Haley is an active member of the Prince Edward County Arts Council, and has been a participant in the Parrot Art Juried Shows , Won Jurors Choice and Best in Show at “Soaring” A Juried Show at the National RCAF museum. Member of the AAEF, Algonquin Artists Expeditionary Force, a group of artists
from various parts of Canada and the USA. that paint in Algonquin every October. He has his own studio / gallery in Picton

To ask questions or provide feedback regarding the artwork on this page,
please send an email to Aidan at aidan.haley@sympatico.ca or click the button below.
Contact the Artist