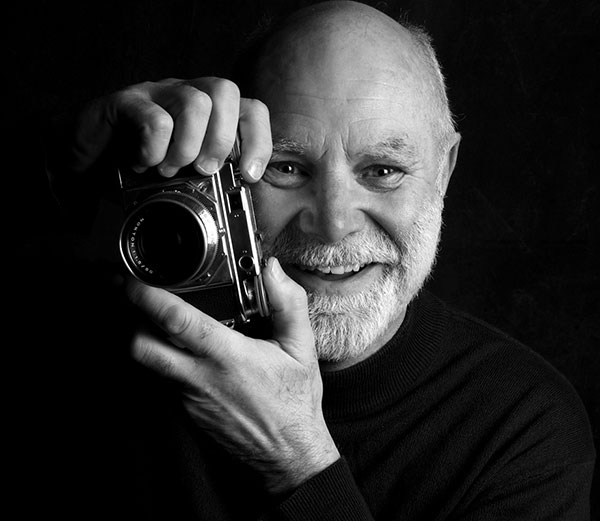 Graham has been a professional photographer all his life starting as an apprentice at age 15. His career has encompassed commercial and theatrical photography, portraiture and photojournalism with the British national press.

The Welsh-born artist moved to Canada in 1993 and since 1999 has concentrated on fine art photography,

His fine art photography book GRAHAM DAVIES AT THE ROYAL sold out in its first printing and has found a new audience with the re-opening of the Royal Hotel in Picton.

Graham still works with film and hand prints his work in the darkroom. After more than 50 years, he continues to experiment with printing techniques, discovering new ways to bring his visions to life.

He works digitally for commercial work, but his heart will always be in black and white film.

He firmly believes great photography owes little to expensive equipment and a lot to the artist’s imagination and vision. In fact he still uses his 30-year old Nikon cameras, and likes to say:

“My analogue images are conceived in the camera
and born in the darkroom.”

To ask questions or provide feedback regarding the artwork on this page,
please send an email to Graham at graham@baldphotographer.com or click the button below.