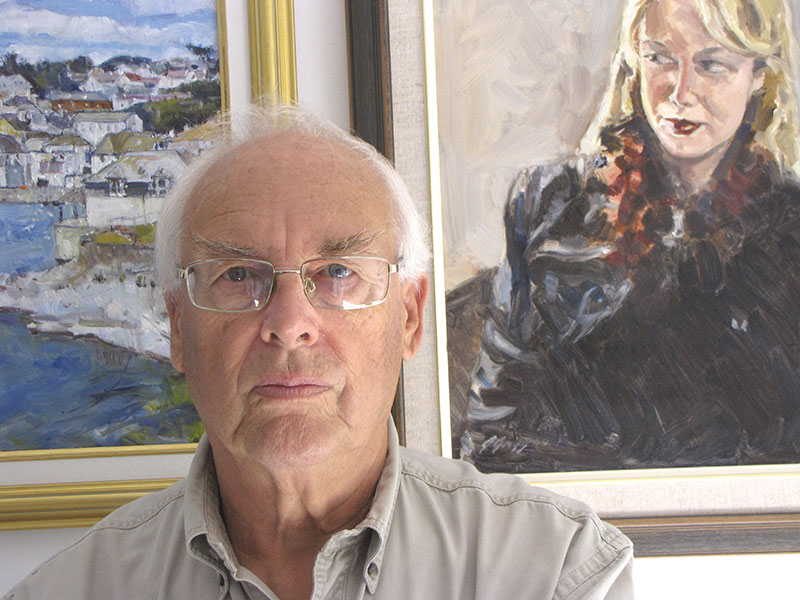 John Gregg
John Gregg is a graduate of the Royal West of England College of Art. He emigrated to Canada in 1966 where he worked as an Art Director for four years. He formed his own company in 1970. The company operated until 1999 garnering national and international design awards during the course of its existence.

Throughout his professional career, John Gregg has pursued his love of fine arts, drawing and painting. This has resulted in joint exhibitions of his work at the Bristol Museum (England), Frost and Reed (England) and Hazelton Lanes Galleries with one man shows at the University of Toronto (Erin Mills Campus) and the Post Office Gallery, Oakville. The latter was judged ‘Best of the Year’ by the Oakville press. His work is represented in both private and corporate collections, including a 16′ x 8′ mural. This is installed in the lobby of the Erco Tenneco Group in Toronto.

Since his retirement, John Gregg has devoted his time to his painting and drawing. Working primarily with oils, water colour, gouache and monoprint. He moved to Prince Edward County in June 2006, renovating his property on Ridge Road to accommodate his studio and gallery viewing area.

To ask questions or provide feedback regarding the artwork on this page,
please send an email to John Gregg at greggjohnjen@sympatico.ca or click the button below.
Contact the Artist