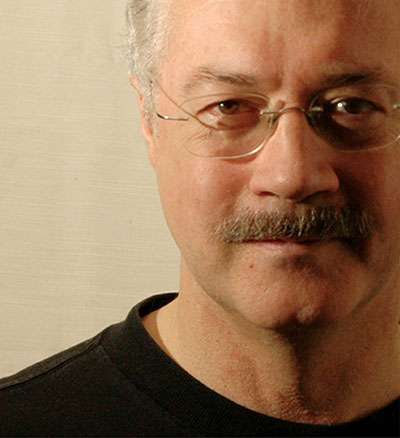 Artist Comments
I usually describe my work as ‘mixed media’ since my background as an artist has primarily involved illustration and graphic design until recent years so stylistic descriptions of my current artwork can seem confusing. Commercial work usually demands a variety of approaches and often different styles so versatility is a bonus in the commercial field.

But not so much for the ‘fine artist.’ Much of the approach to so-called commercial work has followed me as I explore new territory in the world of fine art but a huge variety of approaches look like an artist that hasn’t a clue where he or she is going and for much of the time, if the artist is honest with themselves, they are still finding their way.  They are aiming at something ineffable and difficult to pin down. But finding their way is what they’re doing.

I use art as a tool to find my way. The work usually involves a narrative, whether it is obvious or not, since I love a good story, so I look for stories and themes that resonate on many levels.

You can expect to find that most of my work is allegorical in nature and features high relief art in acrylic or mixed media on wood in addition to digitally combined compositions printed, collaged or painted on watercolour paper.

Bio:
Richard Leach is an award winning graphic designer, design consultant, brand manager and illustrator with over 40 years of experience in the communications industry. He started as an independent designer in 1981 and established Creative Edge Design in 1989. He has worked under contract for a wide range of clients including corporations from large to small, business startups, and as a brand manager and art director for established businesses.

And then… the madness of the advertising industry led him to wish for more beautiful surroundings and fewer urgent deadlines so… He moved to Prince Edward County with his partner, Linda, in 2016, built Stellar Wind Studio/Gallery and became part of the PEC Studio Tour as a full time artist in the same year.

Education:
Richard holds a BA in Art Education from University of Toronto and a Diploma in Art and Design from Sheridan College. He also completed two years of study in Fine Arts at Hornsey College of Art in London, England from 1971-73 (Hornsey was swallowed up by Middlesex Polytechnic in subsequent years and the college was also famous or infamous in England, depending on how you looked at it, for a student uprising in 1968).